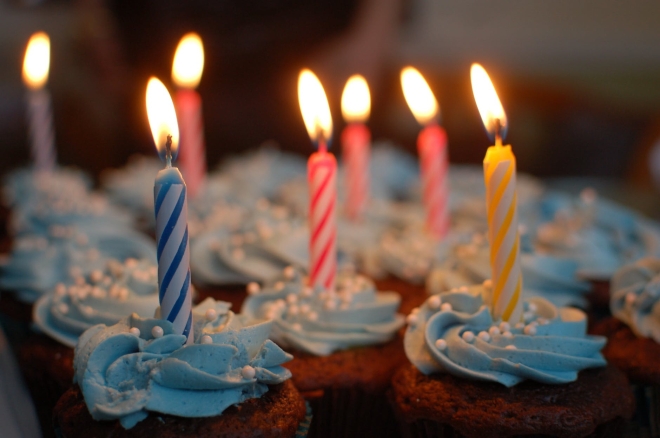 24 days into Sheloshim, the first 30 days after burial, and the day after J’s birthday. Yesterday was hard: checking in with our children and her brother, remembering birthdays past, deeply knowing there will be no birthdays future. This notwithstanding that J hadn’t been home for her birthday in a number of years.

J had lived in the memory care unit of a continuing care retirement community for the last two-plus years, so we have gone through the first birthday, anniversary, Hanukkah, New Year’s, Pesach, etc. without her at home. Now we do it again, with a whole new level of intensity. It’s not just that she is not physically at home, a home, by the way, that no longer exists because I sold the house where we raised our children and celebrated countless holidays and simchas. Nor is it just that Alzheimer’s disease peeled away layer after layer of her J-ness. Now she no longer walks the Earth. There is a finality that is undeniable.

Through the stages of Alzheimer’s disease, J was transformed. Through death, she continues to transform for me. And so do I.

In all my sadness I recognize that she is and will be with us in every step we take. This will allow me, at the appropriate time, to go on living the life I want for myself, which is ultimately what she would have wanted for me.

Thursday is J’s 67th birthday and we had a family party on Sunday.  We did it up right.  Bagels, lox, birthday cake, decorations and presents.

J seemed happy to be with all of us.  She laughed a lot. 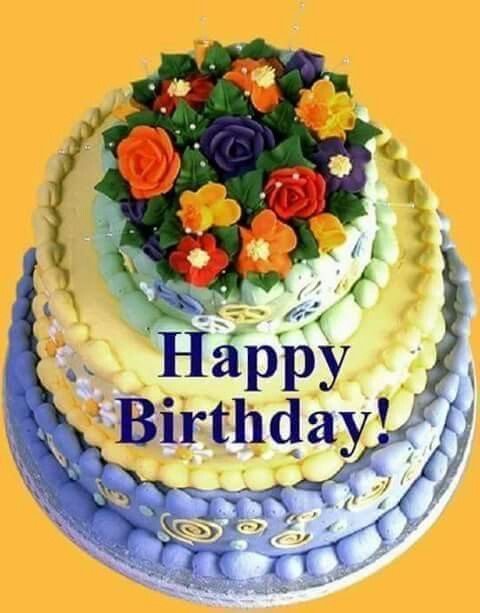 But I’m not at all sure she knew it was her birthday.  At this point, she misses a lot of the cues.

We lit a candle for each decade.  J licked her index finger as if she was going to snuff them out.  But we adjust.  We all blew the candles out with her.

Her presents were a pair of Skechers and some taffy.  She wouldn’t try on the new shoes, even with cajoling.  She downright rejected the taffy, perhaps with some knowledge that it isn’t good for her teeth.  Her brother, W, was trying to evoke their childhood taffy pulls.  That memory seems gone, although she was able to call W by name.

She didn’t eat much, but she had a stomach flu earlier in the week, and another urinary tract infection.  It may take a few more days for her to get her appetite back.  At times, she had a blank look on her face.

The party was hard on all of us except J.  She is slipping away from us.

I recently listened to a podcast with Atul Gawande, a doctor and elegant writer whose new book is called, “Being Mortal.”  (See https://onbeing.org/programs/atul-gawande-what-matters-in-the-end-oct2017/) He talked about infusing meaning into the lives of his terminally ill patients by asking them, “What does a good day look like?”

What does a good day look like for J?  Feeling the sun on her skin.  Seeing trees and sky.  Being with familiar people who are upbeat.  Feeling safe.

What does a good day look like to me?  On Sunday, giving J a good day was enough. 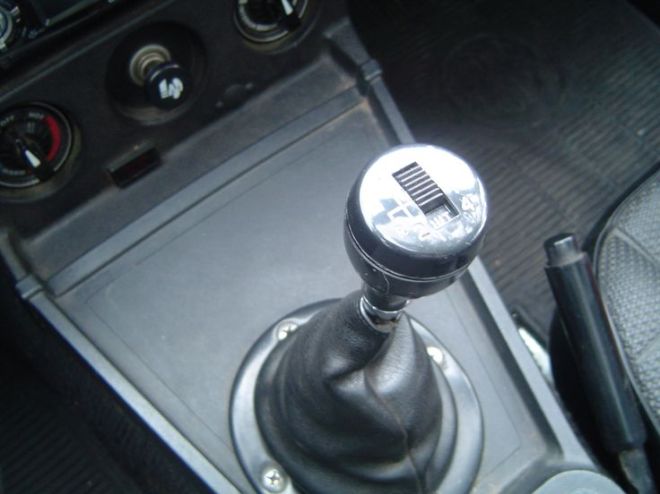 At this stage, when it often is so difficult for me to communicate with J, I sometimes forget that Alzheimer’s disease is not linear.  I often can’t get J to respond to a direct question.  (“Do you want a sandwich?”)

Yet last night she agreed to go to a synagogue potluck with me.  We were sitting at a table and the woman across from us, who used to be our neighbor, was talking about having recently retired and spending her time writing.  Clear as day, J asked, “Are you writing fiction or nonfiction?”  Wow!

I do recognize that J sometimes has the ability to turn it on in a social setting.  I also think this is exhausting for her.  She certainly went right to bed when we got home a little after 9 pm.

Tonight we are taking our daughter out to dinner for her 23rd birthday.  My fingers are crossed that J can and will turn on her social interaction overdrive for this occasion.

WARNING: This post touches on bowel incontinence. If that makes you uncomfortable, you may want to skip it.

Yesterday was J’s birthday and it was nearly perfect. J had said she wanted to see the San Diego Zoo, and that is exactly what we did.  The highlight was a little monkey who was intent on retrieving some food on the other side of a chain link fence. Talk about persistence!  J delighted in watching the monkey stick its arm through the fence and reach under a tarp for hidden morsels. Of course we also saw the pandas and gorillas and tigers and many gorgeous birds.

Later that afternoon, we headed to La Jolla, where we watched the sun set and then had an over-the-top four-course dinner. Both our children, J’s brother and sister-in-law and many friends had called that day. That prompted reminiscences.  It was a warm and loving evening, despite the need for heaters and blankets while we watched the first star come out.

The prior day was not so easy. J has been having a diarrhea problem for the past three or four months. Diarrhea is a known side effect of Aricept, one of the few medications on the market for Alzheimer’s disease. I had discussed the issue with J’s neurologist/psychiatrist and her internist. We decided to stop Aricept and start Namenda, another Alzheimer’s medication without this particular side effect. J seemed to be tolerating the Namenda well and I was under the impression the diarrhea had stopped.

Until we were walking on Sunday in Balboa Park.  J asked if I had a tissue. I didn’t.  I noticed her fingers were brown, but we were walking in a park, so I thought (or perhaps naively hoped) it was dirt. I asked J what was on her fingers. “It’s shit.”  Fortunately, we were close to a bathroom. I went in the stall with J and realized for the first time that she is no longer able to clean herself thoroughly. That led to a supervised bath and shower at the house where we were staying and a trip to the market for wet wipes.  I now go into the bathroom with J and make sure she is clean. J does not always welcome me there.

I also have had to give much more direction to her about getting dressed and other common tasks, like how to make a bed.

These realizations are going to have to lead to changes at home as well. I need to keep closer watch, and need more help. I’m still working on that.

The San Diego trip, however, was more than worth it. When we got home this evening, J said, “I couldn’t …,” trailing off after those few words.   That translation was easy. “I couldn’t have done it without you.”  That will get me through many a tough day. 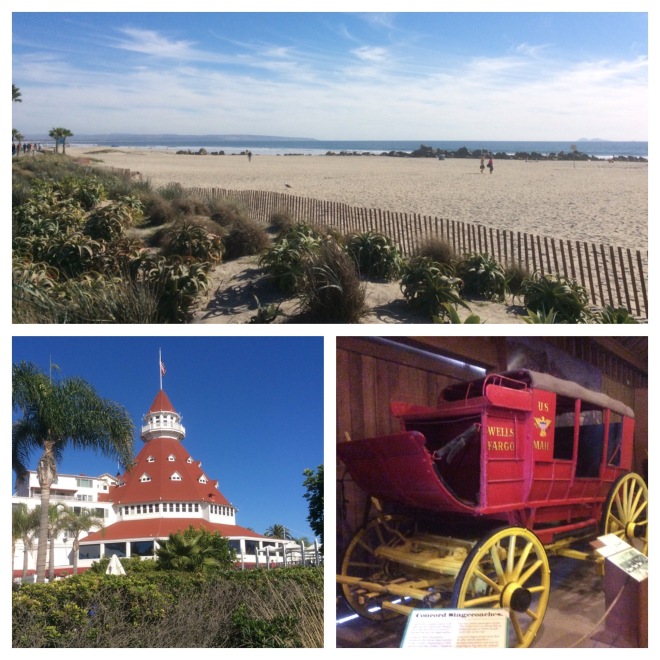 When our children were small, I used to joke that we didn’t go on vacation; we traveled with our children. J and I are in San Diego to celebrate her 65th birthday, and this trip has some of the same qualities. J, who has Alzheimer’s disease, couldn’t, of course, pack her own bag, and she would have left it behind several times had I not been on top of it. She can’t meaningfully participate in deciding our daily activities.

But she seems to be having a good time. Yesterday, we took a trolley ride around town and toured Old Town, the Gaslamp District and Coronado.  The weather was perfect. We have eaten almost every meal outside.

And yet it is lonely for me. J doesn’t converse any more. My pleasure derives from her apparent happiness at seeing new things.

I can’t help thinking back to our first trip together in 1984. We went to San Francisco and stayed at a lovely bed and breakfast above a Basque restaurant in North Beach. We didn’t have much money, so we stuffed ourselves each morning on the sourdough bread, hard-boiled eggs and cheese that came with the room so we wouldn’t have to eat again until evening. I took J to see the redwoods and we tried to take a picture of ourselves with the magnificent trees. It was well before selfies and I set up the automatic timer on my camera. For some reason, we thought we had to crouch. And so we have a photo of us bent down in the corner while the redwoods soar. It always makes us laugh.

That also was the trip where we went to an amusement park in Santa Cruz with a renown wooden roller coaster. Our relationship was so young that J didn’t tell me that roller coasters terrified her, and I didn’t tell her that Ferris wheels make me sick.

I also can’t help thinking that this is probably our last trip that involves airplane travel. Even though we were allowed to board early, navigating air travel is highly confusing and anxiety-provoking for J.  We are staying at a friend’s house, and J has difficulty finding her way around. One more way J’s world literally gets smaller because of her disease.

Monday is J’s birthday and we plan to go to the zoo and have a nice dinner in La Jolla. The sunset and ocean view should compensate for the lack of conversation.  At least, that is my great hope.